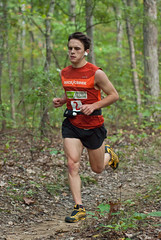 Favorite trails to train on:
Anything at altitude with a view.

Lifelong running goals:
Remain injury free. A mid-2:20 marathon is also on the bucket list and perhaps a shot at the Teton Summit running record.

Biography:
I grew up running in the mountains around Chattanooga, TN. At present, I work at Duke University. I am passionate about two things: science and running.

I got my start in endurance sports at an early age. I ran my first marathon on my thirteenth birthday and completed my first ultra-marathon by the age of 16. I wrestled throughout high school and was inducted last year into the USA Wrestling Hall of Fame. During my senior year of high school, I was diagnosed with brain cancer and was told I would never be able to wrestle again. I shifted my athletic pursuits towards excelling in triathlon and have not looked back since. My first year on the triathlon circuit, I was ranked the top junior in the Southeastern United States and received All-American status nationally.

The following year marked my freshman year in college and I managed without ever having completed a full season in of cross country in high school to walk onto Appalachian State’s cross country team. I ran in the top ten on the team the entire season as we eventually won the Southern Conference title. That year I competed at both national competitions in Triathlon and placed in the top 100 overall each time. However, it has really been between 2008-2009 that I have managed to breakout on the endurance scene. This past year, I have been able to drop over thirty minutes on my half-ironman PR, improved my Olympic Distance PR by more than ten minutes and finished in elite level times at every stand alone running competition I have entered.

Over the last few years, I have had the privilege to represent the Rock/Creek Race Team at a number of endurance events. It is through R/C’s passion and support that I have been able to strive to achieve what at first would appear lofty aspirations. As of late, I compete predominately in the ultra-running/trail running; however, I have a varied past in triathlon and marathon running. 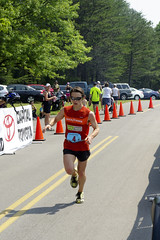