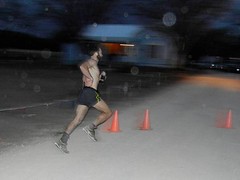 The Rock/Creek Race Team has been burning up the trails all over the country this winter. With our 2011 Rock/Creek Race Series underway, we figured it was about time to see just what they’ve been up to.

We’d like to wish our racers the best of luck for this upcoming weekend, which is a big one: Rock/Creek Race Team members Owen Bradley, Sarah Woerner and Sheridan Ames will be running the Mount Cheaha 50k in Alabama while Josh Wheeler, Dane Mitchell and Cathi Cannon will head to North Carolina for the 40-mile Mount Mitchell Challenge!