A shorter update from Fynn this week; the Rock/Creek-sponsored Expedition Y is working their way through the Pacific Northwest as we speak, gathering data as they travel.

None of us were excited to leave Vancouver. The city’s prevailing physicality and energy… fruit stands and coffee shops… snow-capped peaks and salty air… were all so refreshing that we wished it were easier to work legally in Canada! 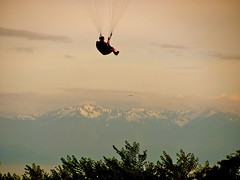 We boarded a ferry and departed Vancouver for Victoria, British Columbia’s capital, which lies on the southern coast of Vancouver Island and looks out across the Juan de Fuca Strait.

We interviewed forty students on a sunny Saturday afternoon at the University of Victoria, a university renowned for its School of Earth and Ocean Sciences. Our interviews were engaging, and we also arranged filmed interviews with a few interested students. Our entry into elementary, documentary filmmaking is an adventure in itself, but we’ve found that when people are faced with a camera, they give their answers considerable thought.

By ferry, we crossed the US/Canadian border for the fourth and last time, ferrying from Victoria to Port Angeles, WA, a tiny town at the edge of Olympic National Park, one of America’s most uniquely beautiful. After watching a sunset that we will never forget, amidst the driftwood remains of washed-up redwoods on Rialto Beach, we camped amongst giant fir trees and were reflective and happy.

Olympic Peninsula to Seattle to Portland 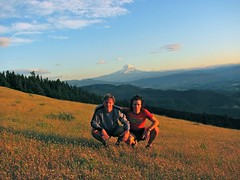 Our night amidst the giant conifers on the Olympic Peninsula was restless. Our accompanying traveler — my girlfriend Jelena — got food poisoning from our dinner of tomato soup and couscous and spent most of the night in nauseous anguish. It was an unfortunate way to conclude a day, whose sunset would be etched in our memories forever …but that’s life.

We awoke early, made our oatmeal and honey, packed our Marmot tents and sleeping bags (so generously gifted by Rock/Creek), and drove to Seattle for our next round of interviewing students at the University of Washington.

Our canvassing at UW was a massive success, and we wish we’d printed more surveys. We went straight into the main undergraduate library and knocked out 65 surveys in an hour. It was our most efficient canvassing yet! We did a much-needed 6 miler around UW’s campus, which bends around Lake Washington and includes a comfortable portion of gravel trail amidst high grass, before staying a second night with a friend, with whom I studied at McGill University. 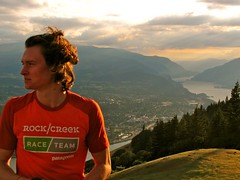 On our second morning in Seattle, we picked up a shipment of gear from our sponsors at The North Face, explored Pike Place Market, and then drove to Portland, for our next round of interviews with students at the University of Portland. We will canvass this morning and then drive into one of my favorite places on earth: the Columbia River gorge, where we will run through mossy canyons and soft, damp single-track before driving to Mount Hood, where we will camp at Trillium Lake.

To see more photos from this update and previous weekly updates, check out our Flickr set here.