Grabbing the Pebble: Six tips on losing the status of “rookie” in your sport

Daniel Lucas, a new and worthy addition to the Rock/Creek Race Team for 2013, promised me last week that he was working on an article for our blog, so I knew to expect something heading my way. What I didn’t expect, however, was that I’d laugh this hard while pasting it here! Dan, great stuff; I’m convinced this sense of humor and eternal optimism is why you excel as an ultrarunner! Everyone else, kick up your feet and enjoy. ~Jeff

Grabbing the Pebble:
6 Tips on Losing the Status of Rookie in your Sport 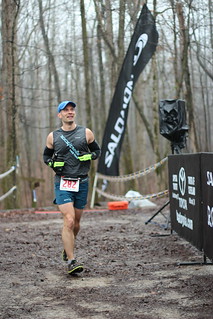 It seems as though people have been enamored with the transition of student to master since the dawn of… well, people. I recall being in second grade and a friend telling me I could join his club when I could snatch the pebble from his hand. I thought this was strange, especially because he would constantly refer to me as “grasshopper.”

Only years later did I catch a rerun of the show “Kung Fu” which highlighted just how much ambiguous his sense of reality was. For example, going into slow motion while fighting didn’t turn out to be advantageous.

As an endurance athlete, there is a yearning to make one’s mark. We are aware that our performance tends to peak before 50 and after that, well, as Kris Whorton says: “Age begets treachery.”

While you may never cheat in your elder years, it does seem as though racing becomes more of a strategic mind game as we age, if only a willpower chess match with one’s self.

Each sport has its relative checklist of events that are required to be completed in order for you to consider yourself beyond ‘rookie’ status.

For example, In trail running, StumpJump 50k and Mountain Mist are often mentioned. A road runner in the North Ga / South TN area may target the Battlefield or Atlanta marathon. A triathlete of the same area may target Atomic Man or Mountain Madness half ironman. A biker in this area may aspire to complete the 3 state 3 mountain challenge.

Upon one’s first completion of one of these “qualifier” events, one should consider adhering to a certain set of unwritten eloquencies in order to solidify one’s status as a “non rookie.” I say non rookie because to be a “veteran” of a sport often involves a great deal more ambiguity, experience and a dash of arrogance. For said reasons, I will focus on some of the factors that may eventually differentiate one from such terms as novice, pupil or beginner.

1: You must wear the race shirt commemorating your breakthrough event (e.g. Stump Jump 2012) to a place or event where similar athletes will see you and give you an ever so slight nod of approval.

Sometimes you will end up wearing this shirt for several days straight, hoping for this moment (consider washing it occasionally). When the “sighting” occurs, don’t act ecstatic or surprised. Rather, simply give a slight grin (this implies acknowledgement) and a small nod in return. This gives the impression that it’s “No big deal” and that you simply happen to be wearing this bright luminescent tee shirt… on a 30 degree day… to your friend’s wedding.

2: In the event that you are questioned about the shirt, play it cool.

It’s ok to tell small fibs, but not big lies. For example, if you did not actually compete in the event, don’t wear the shirt in public. Like making out with your first cousin, this will only lead to disappointment. Best to wear it around the house, donate it to Goodwill or use it to wash your car. Most veterans can spot an imposter with a question or two.

Trail Running Veteran: “Wow, Stump Jump, so what did you think of the climb up mushroom rock?”. If you answer with something like “It was hard, but once you get halfway up the rock it all falls into place” you are already busted and don’t know it. Most likely your UltraSignup & active.com accounts will be disabled within the hour, and at your next race the aid stations will refuse to serve you because they are ‘in the know’.

Small fibs are like making out with a second cousin and thus are appropriate if not repeated frequently. If you are embarrassingly slow and are questioned about your finishing time, just say something like “Umm, I can’t recall offhand”, or preface your less than stellar time with something like “I started cramping midway but just couldn’t bring myself to throw in the towel”.

To add a dash of emphasis to this statement, rub one of your legs while making that statement or just make a small grimace as though the memory of the pain makes you uncomfortable. Such tactics tend to head off any more questions about race specifics and allow you a window in the conversation to brag about your ‘next’ race.

3: Don’t wear the finisher’s medal around all day.

This just screams, “I am way out of my league and here’s proof”. Veterans tend to wear the finishers medal long enough to prove they are entitled to the ‘free’ beer. People can tell from your look and smell that you just competed in the race, no need to drive that point home.

After completing one of my first races, the “Navy Seal Challenge” in Gatlinburg, my friend and I stopped into Cracker Barrel basking in the esoteric glory that was complimentary with the 4 miles of cold ponds and muddy ropes course. Admittedly, there were several instances during this race where, like the Kung Fu monk and my second grade BFF, I moved in slow motion, but this was completely involuntary. Upon mentioning our racing feat to our waitress she simply gave us a blank stare that announced, I don’t need additional proof that you two are idiots.

Your friends who are present will know what you’ve accomplished. However, most people who don’t compete don’t care what you’ve done and wearing your finisher’s medal won’t do much to dissuade their bias.

4: Never say this was your first and last time competing said event.

By doing so you are informing people that you were out of your league and will remain so henceforth. Lots of people finish one sprint triathlon and go around telling people they are a triathlete. This is a recreational athlete’s faux pas and is generally a no no. It is akin to citing your burger-flipping job and telling people you are a chef. It’s a title build on a very shaky foundation that could lead them to question your character.

If you are a one-hit wonder and happen to be in a conversation with someone whom you hope to impress and possibly mate with (maybe a third cousin), simply steer the conversation around the fact that you are a rookie by asking “What’s your next race?”. Nod while listening and ask questions like “is that race sold out” or “That sounds fun, but I’ll have to check my schedule.” 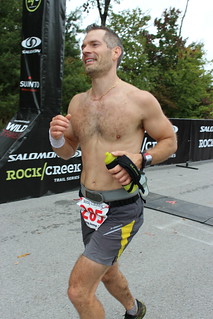 Many individuals who are training for their first marathon have running technique, training plans and nutrition all figured out and want to tell everyone about it. This is much like advising your friends on marriage or kids when you have experienced neither.

I had one friend who was training for his first marathon and lectured me regarding strategies on everything from stride technique and race pace to heart rate range and caloric intake that would result to his first marathon being a sub 4 hour finish. At mile 20 of the race, reality set in and he found out why the majority of people who attempt a marathon never return.

When you talk to veterans, they tend to be quite simplistic. When you ask a veteran about pace, weekly mileage, or nutrition, expect an answer like “Meh… I just go by feel and eat when I’m hungry.” They aren’t really blowing you off so much as saying: hey, some things work for me, but they probably won’t work for you.

Unless, of course, they have already figured out that you won’t listen because you know it all so they just don’t want to waste any more time talking to you.

Finishing non-legitimate events does not qualify you as a non rookie. If you finished a 5k and had to have your mom pace you for the second half, that’s fine, but just don’t expect much recognition when you brag about it. Completing the Warrior Dash, Color Me 5k or one of those team mud runs is fun, but does not lead to bragging rights with a veteran athlete. Better to keep such accomplishments close to your unscarred chest or in smaller circles, e.g. your mom or your mud running team mates.

When your time comes and you have completed your ‘coming of age’ event, be proud of yourself. Take some time to acknowledge what you have accomplished, but don’t dwell on it too long. You know you are getting better when the experienced athletes begin to willingly invite you on training rides and runs. Let’s face it, the vast majority of people who compete in recreational sports will never make enough money to cover the registration fee. As Stuart Smalley would say: “And that’s… OK”.

Half of the reason I regularly compete is to prove to myself that the doubts I have / hear are ill-founded. When you find yourself on the other side of the fence and see someone who is nervous about their first big challenge, then it is your duty and obligation to pay it forward.

Give them words of affirmation and advice that will build their character and confidence. Tell them, “You’ve got this, you are going to do great!”. On the off chance that they fall flat on their face and return to you depressed, confused and looking for counsel, don’t critique them and always end with a compliment

Rookie: “About halfway through the race my calves seized up and 30 minutes later I vomited a day’s worth of gels and Sports drink.”

You: “Ohh… Yes, well, sometimes that happens. By the way, you are looking lean, have you lost weight?”

Daniel Lucas lives in Chattanooga and is recreational athlete who has yet to successfully shed the status of “Rookie”.

Are you a trail running rookie? We’d love to hear from you — and come run in the Rock/Creek Trail Series!