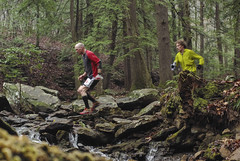 Rain. It seems like rain is always a big part of planning for the Rock/Creek River Gorge Trail Race; in the 13 years we’ve held the event, we’ve had as many muddy, wet slogs as otherwise. So it came as no surprise to race organizers or veteran runners when the forecasts called for rain this year… lots of it.

We bundled up and broke out the rain jackets, but while it poured down in the valley, the rain never made it to the mountaintop and our runners had a chilly but dry race! The trails were moist and relatively slick, but overall it was a great morning to run in the woods. 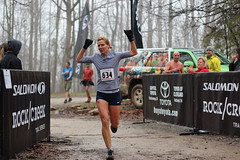 Josh Holloway of Winterville, GA certainly agreed; he turned in a nearly identical run in the 10.2-miler as last year (1:16:47 versus 1:16:34), but this year it was good enough for the top spot on the podium. Josh is one of the younger racers out there most days, but after a top-10 finish in the Rock/Creek StumpJump 50k — his first 50k! — he’s going to be a name to watch going forward.

Not far behind were Joseph Goetz and Nathan Holland in a neck-and-neck battle for second. Holland looks to build upon his strong results in Salomon Rock/Creek Trail Series races last year. 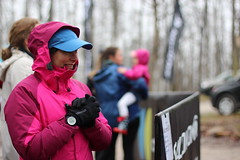 As for the ladies, Sarah Gollub from Nashville, TN put up a very fast time of 1:28:24, fifth fastest ever for a female runner at River Gorge, and won handily. Second and third places went to Dee Goodwin and Christine Warren.

In the 6.5 mile race, Rock/Creek Race Team member Kevin Boucher took first place, followed by Brad McAllister and Mitchell Kohlmann. For the women, Jan Gautier added to her impressive collection of River Gorge Trail Race hardware (now four wins in the 6.5 and three in the 10.2), followed by Kiersten Vradenburgh and Dawn Varnum. 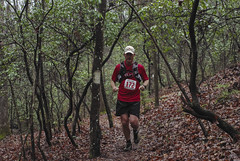 We had two Rock/Creek staffers out on the course and start/finish taking as many runner photos as possible:

Here are the official 2013 results, from both race distances, on UltraSignup: 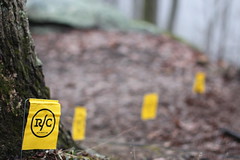 Many thanks to our tireless volunteers, and of course these generous sponsors: Salomon, Toyota, Collier Construction, Get Out Chattanooga, Patagonia, The North Face, Suunto, Whole Foods Chattanooga and Blue Smoke Coffee. Special thanks, as well, to Orion Sports Timing and Trail Runner magazine.