The last week of the Shelter Your Piggies Contest is upon us.  You have from now until Monday December 13th, 2010 to share your story.  Tell us what you would do if you were the winner of the $1500 grand prize.  The more entertaining and interesting, the better!

Here are our top three so far:

My younger brother Ryan is your typical happy-go-lucky outdoor junky. He climbs, backpacks, fishes, and drags his older out-of-shape brother (me) out on many awesome adventures. Last May, he was in a tragic car accident, and the Doctors at Erlanger in Chattanooga gave him a 10% chance to live. He broke his leg, hip, both arms, shoulder, neck, ruptured his liver and spleen, and to top it off, his brain stem was badly bruised and bleeding (almost always a sure path to being paralyzed). He was in the ICU for 40 days.

Well, it’s September and he’s still here and getting better everyday! He is in Atlanta slowly rehabbing physically and mentally. He still can’t walk on his own but is now up on a walker (which is miracle considering the brain stem injury).

He’s never been out west. Before the accident, he talked often talked about how cool it would be to go. When he can walk, I will take him there, anywhere. It truly is a miracle that he is still with us. It is a miracle that he is learning to walk again. Whether I (we) win this contest or not, in the not to distant future, we’ll strap on our Chacos, and go west for the time of our life. Where west? Don’t know, that’s up to him!

I work two awesome K-9 partners on two volunteer professional search and rescue teams. My “guys” Asa and Toby, train and will work through thick and thin – wilderness, water, urban collapsed structures, etc. to locate lost persons. My ’piggies” do a lot of miles of tromping through swamps, brush, urban rubble, and at the end of a long day, kicking off the steel toe and shank work boots and sliding into a pair of Unaweep sandals would be a veritable foot party no matter where search and rescue take us!

The Grand Prize is valued at $1,500, followed by a 2nd Place Prize, or Third Place Prize, all totaling $4,000+ in prizes & giveaways from Chaco and Rock/Creek. 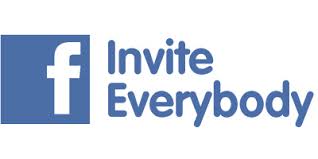 From December 13th- 14th we will hold a private judging and then open the floor to the public to vote on everyone’s favorite entry from December 14th-20th. The winners will be announced on December 20th.
Enter the “Shelter Your Piggies” Contest via Facebook by logging in and accessing the contest page [HERE]>

If you have already entered to win, don’t forget to tell your friends!