The 2012 Rock/Creek StumpJump 50k has come and gone, and what a race it was! Here’s a recap of the event with links to results, photos and articles. If you have a blog or photo album from the race, post ’em in the comments below! 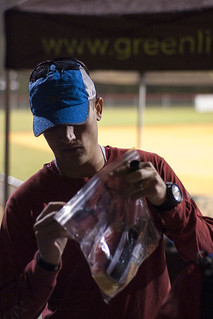 This year’s big story? In a twist reminiscent of this year’s Chuckanut, many of the top 50k runners took a wrong turn at the beginning of the race, following the 11-mile runners in the wrong direction at the initial split and ending up way, way off-course. After realizing their error and fighting their way through the pack until the Rock House aid station, most of this group — which included favorites Max King, Johnny Clemons, Brandon Wallace, Olaf Wasternack & Josh Korn — dropped from the race.

That left things wide open in the battle for the Men’s 50k win, and it was one of the best battles in recent memory. Through mile 10, Signal Mountain native and Rock/Creek Race Team member Brian Costilow led Jonathan Allen, with Matt Pruitt and Duncan Callahan in hot pursuit. By mile 19, Callahan had passed Pruitt for third, and Allen overtook Costilow at the aid station for first. Allen would hold on for the race win in 4:27:03, a solid time for the sloppy conditions; somewhere in those two long climbs out of the Suck Creek drainages, Callahan made a pass for second while Michael Plummer & Clay Hickman overtook Pruitt. 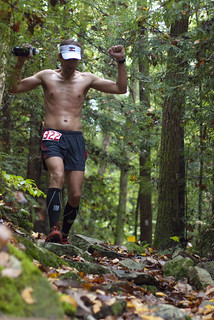 As for the women, the race was just as hotly-contested. Salomon runner Kerrie Bruxvoort jumped out to an early lead but twisted her knee on the Suck Creek swinging bridge and never pulled away. For most of the day, she was followed by Megs Lederer, Nancyanne Hickman, Meghan Shaffer and Whitney Garcia. While Bruxvoort gutted it out for the win, Shaffer passed Lederer and Hickman, and then Garcia passed all three and powered her way to a strong second-place finish.

Please take a moment to thank our many StumpJump 50k sponsors & volunteers, the ones who set up vendor tents and aid stations in the rain and fog of Saturday morning, who spent all day on the course offering assistance and cheering on the runners. 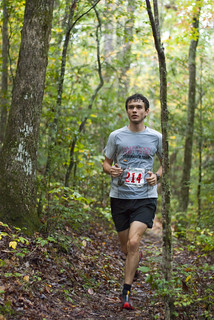 It truly takes the entire Chattanooga trail running community to put on a race of this magnitude, and we couldn’t ask for a better group of folks. Have your own stories to share? Come post them on our StumpJump 50k Facebook wall, or tag #SJ50k on Twitter!

Be sure to check out the great article in the Chattanooga Times-Free Press this morning, which features this great quote from race winner Jonathan Allen: “If you don’t fall in a trail race, you’re not going fast enough.” Makes the rest of us feel better for falling, right? 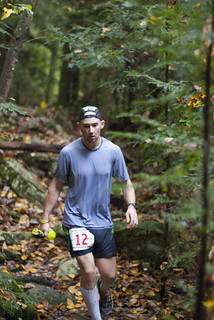 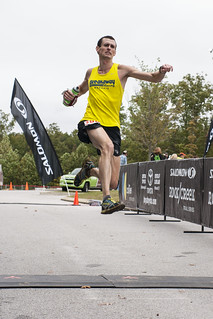 Of course, if you’re not here for results, you’re probably here for the photos, so here are a couple of photo albums to flip through! Rina Handwerker’s photos are from the finish line and include runners from the 11-miler and 50k; mine are mostly from the 50k course and show various runners on different parts of the course itself, as do Mark McKnight’s.

Thanks again to everyone who puts in the hard work to make this such a great event, and all the runners who took part. The next races in the Salomon Rock/Creek Trail Series are Upchuck 50k and Lookout Mountain 50-miler; we’ll see you there!