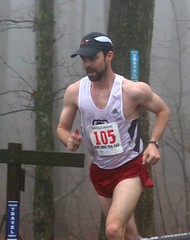 Upon early graduation from high school, Nicholas attended the University of Wisconsin – Madison as a zoology undergraduate with minors in history and genetics. After graduation he joined the United States Peace Corps as a science teacher in Zimbabwe. Included in Nicholas’s teaching responsibilities was running the technology lab and coaching the girls swimming team. The Peace Corps Zimbabwe program was closed prematurely and the volunteers evacuated due to election violence where upon Nicholas traveled the South African region for three months before returning to the US to be reassigned. Nicholas decided to go individually to China and gained a position in Yantai University teaching English, Western History and Culture, and business classes. He moved to the nearby Shandong Institute of Business and Technology the following year and continued on in the same regard. After approximately four years in China instructing, taking classes and working one-on-one with tutors learning Chinese, Nicholas returned to the US and has settled into education. He is in his third year teaching Mandarin Chinese in Chattanooga as well as his third year teaching at the Chattanooga Chinese School held at Chattanooga State Technical College. He also recently received a graduate degree in secondary education and foreign languages at the University of Tennessee at Chattanooga, was Assistant Cross Country Coach for Baylor School and Dorm Parent for Harrison Hall and accepted the Head Cross Country Coach position at Soddy Daisy High School.

Running is a lifestyle which I would like to keep up until the end. I have personal goals of breaking 16:00 in the 5K again and 2:30:00 in the marathon. Trail racing and running is my strength and a necessary breath of fresh air away from the hustle and bustle of life. I would like to make the Local Hero’s list in Chattanooga (may have done this year with a 2:36 marathon finish).

2009 Races and Past Accomplishments: